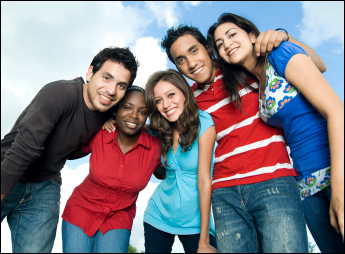 “Millennials” are those youth born between 1980 and 1995 and there are over 80 million of them in the United States.  Hispanic’s account for over 20% of the Millennial population.  This highly acculturated group with its sheer size is a perfect market opportunity for many brands but it is difficult to reach them.  It is difficult to reach them because Millennial Hispanics often live out both cultures, being influenced by their own culture as well as that of the culture around them.   They then “tend to discard traditional cultural labels in favor of their own self-created monikers like ‘Mexipino,’ ‘Blaxican,’ ‘China Latina’.  They tend to choose English as their main language, shun marketing efforts directed towards their cultural heritage, and yet, are still heavily influenced by the opinions of their large, extended families with whom they often live.  The challenge for marketers attempting to address this market segment is forming a marketing message for someone so individualistic that still has influential ties to a group that is far less acculturated.  In order to sell to Millennials, you need to not only target the youth but their families as well.

For future marketing efforts to be as successful as possible marketers will be required to use a more differentiated marketing strategy.  Two separate, and specific, campaigns will need to be created for both the Hispanic youth and their families.  The marketer “cannot simply transfer directly to the U.S. Latino market the conceptualizations or marketing strategies that work with more traditional, general market consumers.”  With regards to influencing less acculturated Hispanics such as many Millennials’ parents and grandparents, there are actually many culture specific characteristics beyond a common language that affect how marketing efforts are perceived by them.  These include their country of origin, the language they prefer to use in the home, their place of residence with its size of Hispanic population, and their strong family values.  Not only will the marketing message need to be re-thought because of these cultural characteristics but, the marketer will also need to take into account that Hispanics and their youth tend to give heed to different marketing strategies than those that work for the general market.

Marketing strategies that have proven to work with Hispanics in general are television, radio and direct marketing although they have to be used together to get the best result.  Regarding television, “49% of U.S. Hispanics who watch television during prime-time hours, watch Spanish language programming” and “30% of English-dominant Hispanics regularly watch Spanish programming.”  A marketer would have to specifically create television advertising to be aired in Spanish on Spanish language channels.

Radio advertising is key in that “the entire family may listen to one station and tune in, on average, 26 – 30 hours per week.  This ranks more than 13% above the general population.”

Direct marketing is highly effective as well in that 72% of Hispanics claim to always read their mail including direct marketing materials.  The process of acculturation leaves Hispanics welcoming what we would call junk mail as it helps inform them better of U.S. based products.

A company wishing to successfully address Hispanic youth will need to create 2 separate marketing campaigns: 1 aimed at the youth themselves and the other for their families.  As well as take into account the individual cultural characteristics that influence perceptions when creating the marketing message.

Lay it on us (write a reply) Cancel reply